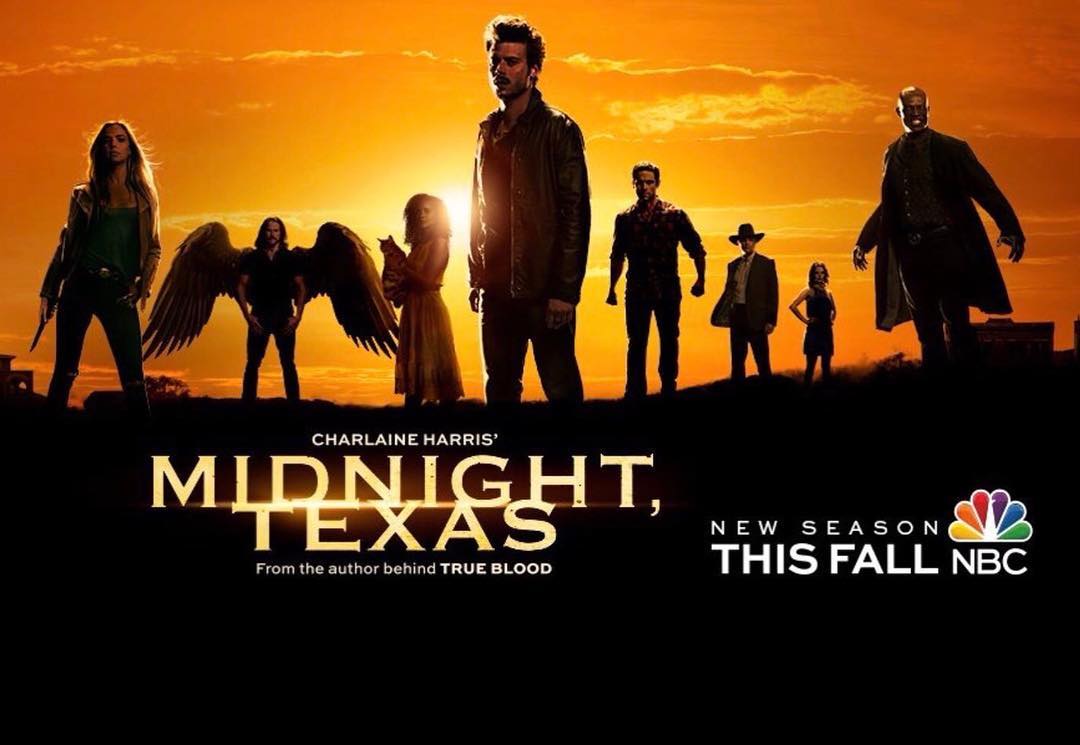 Welcome to a place where being normal is really quite strange. From Niels Arden Oplev, the visionary director of “Mr. Robot,” and based on the hit book series from author Charlaine Harris (“True Blood”), comes a journey into a remote Texas town where no one is who they seem. From vampires and witches to psychics and hit men, Midnight is a mysterious safe haven for those who are different. As the town members fight off outside pressures from rowdy biker gangs, ever-suspicious cops and their own dangerous pasts, they band together and form a strong and unlikely family.
The cast includes François Arnaud, Dylan Bruce, Parisa Fitz-Henley, Arielle Kebbel, Sarah Ramos, Peter Mensah, Yul Vazquez and Sean Bridgers.
Monica Owusu-Breen serves as writer and executive producer. David Janollari and director Niels Arden Oplev also executive produce. “Midnight, Texas” is produced by Universal Television and David Janollari Entertainment.